As a publicly-professing Christian who has published a book on the dissident life and Nazi murder of Deitrich Bonhoeffer, Eric Metaxas should know propaganda instinctively. It’s chilling that anyone would voluntarily create this kind of poison and market it as children’s books just in time for Christmas.

Yes, Donald Drains the Swamp and Donald Builds a Wall fit the propaganda mold: “Information, especially of a biased or misleading nature, used to promote a political cause or point of view.”1

The story line and illustrations by Tim Raglin depict our fellow US citizens who don’t agree with the Trump agendas, including a caravan of migrants seeking refuge at our southern border, as “swamp creatures” …  less than human beings “created in the image of God.” 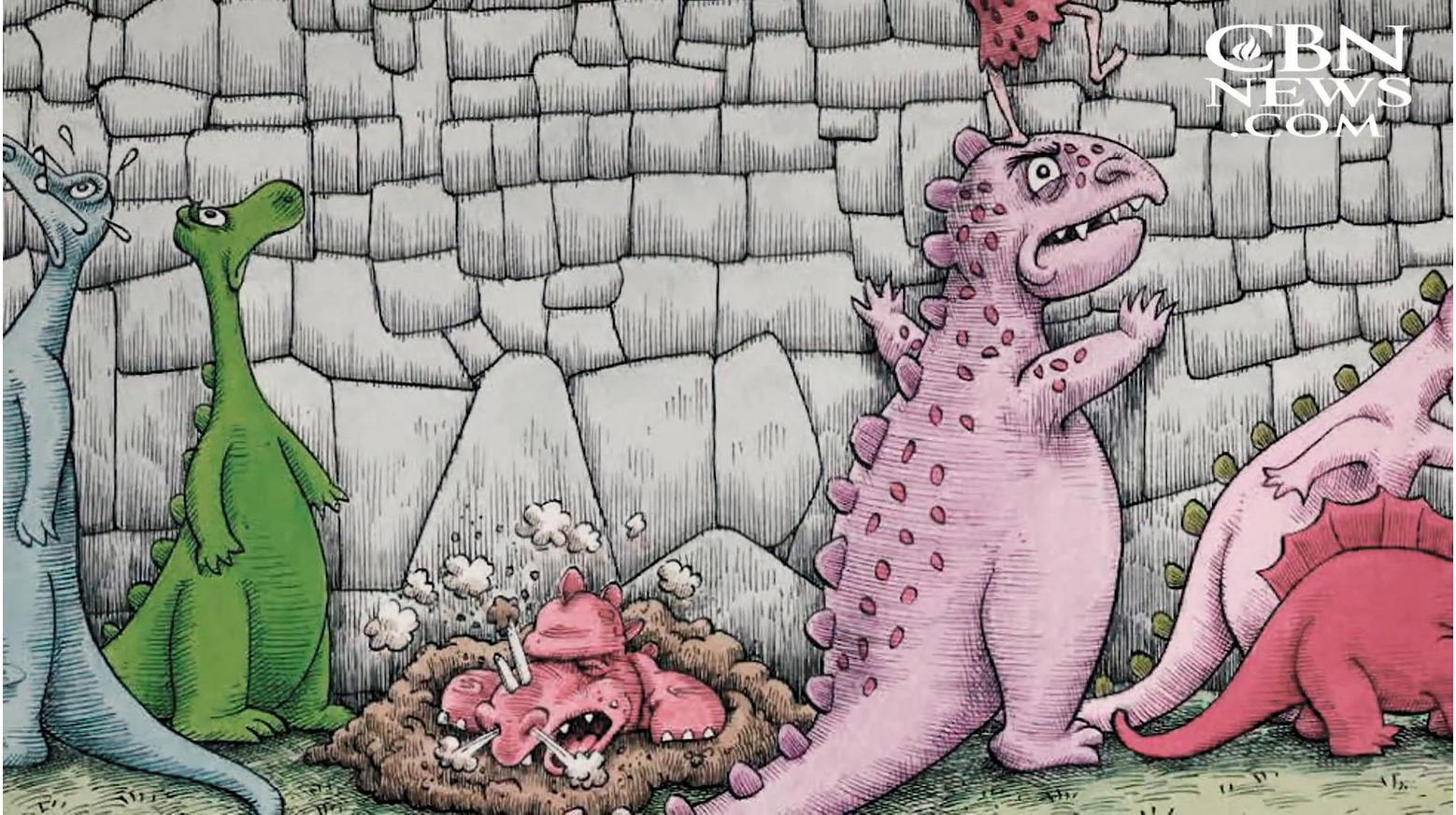 The real Donald Trump has a bit more respect for our flag, and is looking more naturally gray around the edges of late. The  “caveman” Donald fails both Donald Trump and the country. It is juvenile idolatry and deceives no one beyond the circle of Trump fans who regard our President with unquestioning devotion. It is calling out children to put their trust in a political leader who carries a club, and not the King of Kings who willingly gave His life for us.

Furthermore, is not the walled compound the opposite of Jesus’ vision of the Kingdom of God, where the wedding guests are the outcasts? Something to think about.

At best, these books feed right in to the Communist social media campaigns to polarize U.S. citizens and overthrow our democratic republic. Why oh why do Eric Metaxas and his publishers think that’s a good thing? Metaxas has written so many great books about real heroes we can all respect, I can’t believe he would want to undo the bridges he’s been building to call us all to a higher plane of mutual respect.

And for the love of God, let’s not market this poison as children’s books for Christmas, please! Can’t we instead focus on the birth of our King who was laid in a feeding trough because there were no vacancies at the hotel? Who became the Man of Sorrows with no place to lay His head? Who pursued the blind, the disabled and the leper with healing? 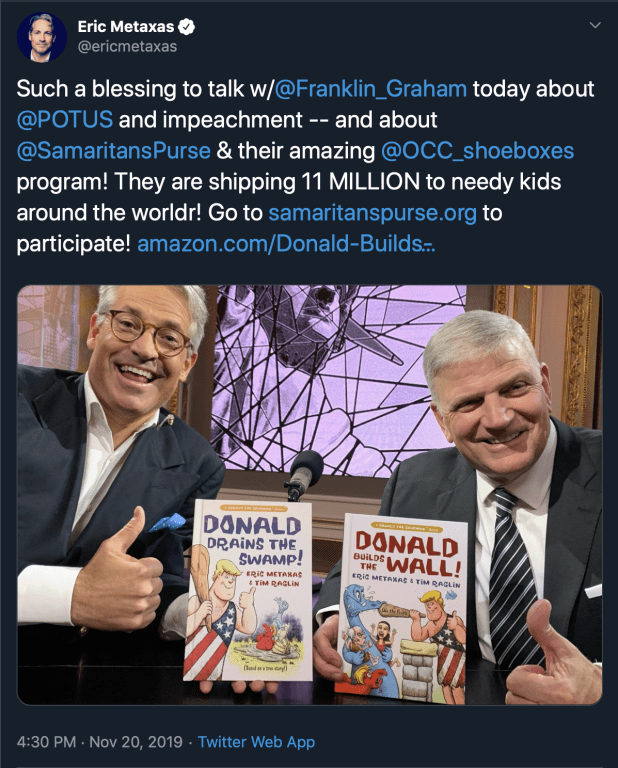